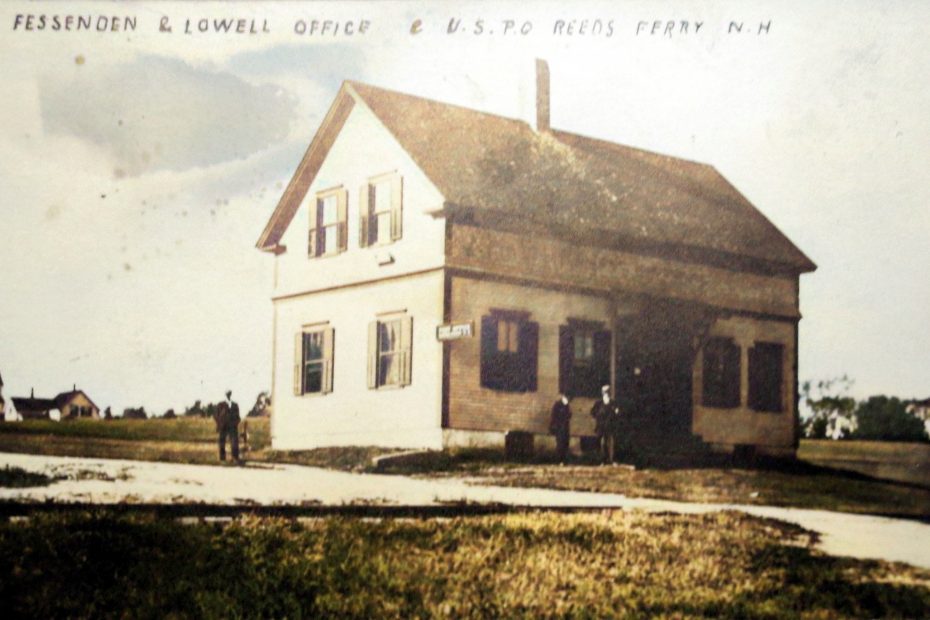 Excerpts from a published story

The following article is created from excerpts found in a story by Janice Brown on her blog, Cow Hampshire. “In Merrimack, New Hampshire’s earliest years, there were no post offices. Those who wanted to leave “mail,” documents or packages for someone in the town could leave them at one of the town’s taverns or meeting-places for the person to pick up when they next visited. The Farmer’s Monthly Visitor published by Isaac Hill in 1852 says that “As late as 1777 there was but one Post Office in New Hampshire, that at Portsmouth…while in 1852 there are 360 Post Masters in the State!“

Merrimack historically has four villages — namely Reeds Ferry, Souhegan Village [or simply Merrimack], Thornton’s Ferry and South Merrimack. When the post office system developed to the point where the town had an official post office, often each or several of these villages had its own. Merrimack’s early postmasters maintained an office in their home, inn/hotel, or place of business.  They often also served the function of Justice of the Peace.

The New-Hampshire annual register, and United States calendar by John Farmer and G. Parker Lyon, editors [later George E. Jenks compiler] was a great source of information on Merrimack’s postmasters.   The earliest postmaster I could locate (there may have been earlier ones) was 1823–Eleazer Roby. Merrimack’s first woman postmaster was Mrs. Hattie A. Evans, appointed by President Ulysses S. Grant to serve South Merrimack from 17 March 1875 to 15 August 1883.